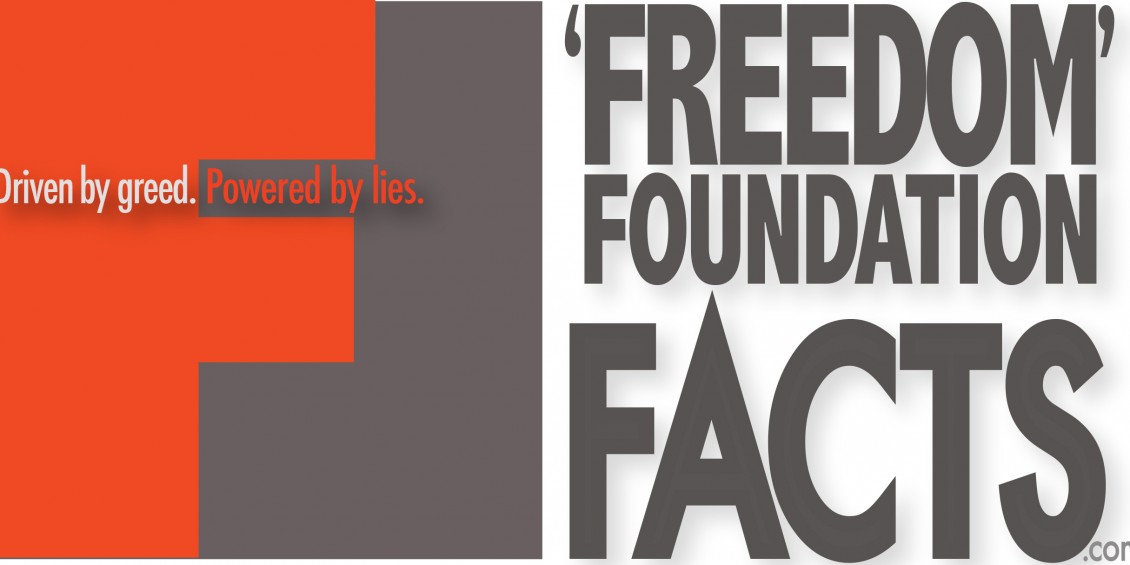 A new video from the Northwest Accountability Project answers the question – what’s the Freedom Foundation’s real motivation for attacking labor unions and going to the homes of public employees in Washington and Oregon?

The Freedom Foundation is using a national strategy developed by conservative donors and operatives to “defund the political left” in an effort to elect more radical Republicans to local and state positions in blue states like Washington and Oregon.

As Tom McCabe, CEO of the Freedom Foundation, says at Republican fundraiser,

“Why are we focused on the labor unions? … They are by far the largest contributors to the Democratic Party…”

Although CPAC speakers spin attacks on unions as giving “workers the freedom to choose,” the real motivation is spelled out by Freedom Foundation staffer Scott Roberts, who admits “for every dollar [unions] spend defending their idea is every dollar they don’t have to spend against our good candidates that are trying to move forward.”

Freedom Foundation Oregon Coordinator Anne Marie Gurney is even more direct when she says that the group’s “number one, one stated focus is to defund the political left.”

Grover Norquist:
“The second panel is a discussion of organized labor’s power in this country….They raise maybe $7 billion a year in dues. Imagine how much of that they spend on politics. They are the largest political player in American politics and will be for some time. What can we do about it?”

Terry Scanlon, President, Capital Research Center:
“The good news is that you have 24 states today with a Republican governor and both houses of the legislature are Republican. You have a shot at “right-to-work” in any of these states. As Vinnie [F. Vincent Vernuccio, see below] said, who would have guessed five years ago that Michigan or Wisconsin, just a few years after that would be doing what they have done in the last year. So, it can be done.”

Luke Hilgemann, COO, Americans for Prosperity
“We now have more activists in Wisconsin than the state teachers’ union and the government employee union combined. And, that is what it takes.”

F. Vincent Vernuccio, Director of Labor Policy, Mackinac Center
“By doing small reforms like paycheck protection, like dues check-off, that eventually it would amass to a critical mass of worker freedom.”

Norquist: “And, you passed it through the legislature?”

F. Vincent Vernuccio
“It was passed through the legislature and that is how Michigan, the state with the fifth highest union membership rate, the birthplace of the UAW, long considered a labor stronghold, finally gave workers the freedom to choose.”

Tom McCabe, CEO, Freedom Foundation
“We’re going to take about a couple of things that perhaps you can do to help us in our fight against labor unions… Why are we focused on the labor unions? This little pamphlet gives you the explanation. Labor unions spent more money in politics than all trial lawyers, all trade associations, all environmental groups put together. They are by far the largest contributors to the Democratic Party and to the left in our State…

They have an enormous amount of resources. And what Scott [Roberts] and I and the staff at the Freedom Foundation want to do is limit their influence, reduce their sphere of influence down to something that is proportionate to their size and allow the conservative voice to be heard.”

Scott Roberts, Freedom In Action Director, Freedom Foundation
“That is the whole idea. So, I encourage you all to join in with that and to help. That is the one thing I think you can do this cycle to make the unions spend money on something they would rather not spend money on. And, for every dollar they spend defending their idea is every dollar they don’t have to spend against our good candidates that are trying to move forward.”

Anne Marie Gurney, Oregon Coordinator, Freedom Foundation
“One number one stated focus is to defund the political left. And, I’m going to say this right now. Everytime I speak publicly, this is going to sound paranoia..paranoid and all of that. The Unions know where I go and they follow me and they send a plant. So, if you’re here, I hope you quote me right this time. So, wherever you are in this room, our goal is to defund you.